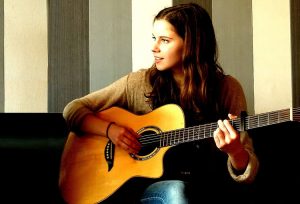 Since her beginnings as a busker in Camden, Zoё Wren has gone on to perform on stages from the Cambridge Folk Festival to Glasgow Celtic Connections to The Shard. She is a winner of the PRS Lynsey de Paul Award, and has had airplay on BBC Radio 2 on the Bob Harris show. Drawing on influences from the unorthodox harmonies of Joni Mitchell to the honest storytelling of Tracy Chapman, and mixing these with cinematic pedal effects, Zoё is creating a sound that Fatea magazine has called ‘refreshingly bold.’

“Zoe Wren has a beautiful voice that is very clear and shivers with silver. The first thing that leaped to my mind when I first heard 45 Fever was the treasures found at Hissarlik, the Jewels of Helen of Troy, that finely-woven filigree gold, embedded with lapis lazuli and balanced so finely together that they tremble slightly in their museum case as you walk past. It’s a wonderful voice and she wears it like the jewels of a queen”
— Tamsin Rosewell, Radio Warwickshire 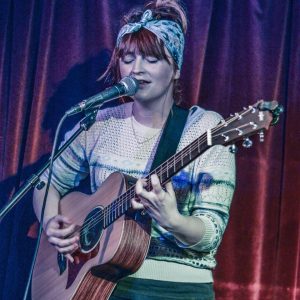 Minnie Birch is a singer/songwriter from Hertfordshire. She writes dark, plaintive, beautiful music about life, love, adventures and fairy tales. Chosen as number 7 in Buzzfeeds ‘Brilliant British songwriters to discover’ this understated yet beguiling performer is winning over hearts one gig at a time.

Following slots supporting Joan Armatrading and a stint at Edinburgh fringe, Minnie has been wooing audiences all over the place with tours in Iceland, America, Germany and all over the U.K under her belt. Her debut album received national airplay on BBC Radio 2, BBC 6 music and on BBC Radio 1 as Huw Stephen’s Introducing artist of the week.