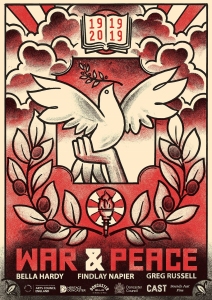 In the centenary year of the signing of the Treaty of Versailles, and the Peace celebrations that followed in Doncaster and across the country, this new project remembers the stories of those who fought, those who refused to fight, and those left behind.

Internationally renowned singer-songwriters Findlay Napier, Bella Hardy and Greg Russell present an intimate evening of storytelling and song, inspired by stories from the archives, and those collected from Doncaster people through Doncaster 1914-18. 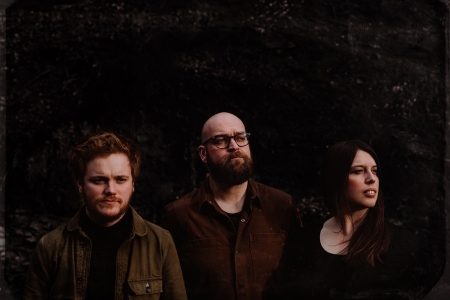 Possessed of an extraordinary voice that’s ‘full of character’ (The Telegraph), over the last 5 years Greg Russell has established himself as one of the most significant players on the U.K. folk scene.

.BBC Radio 2 Folk Singer of the Year 2014 Bella Hardy is an award winning contemporary folk musician, singer and songwriter, who performs a combination of traditional and self-penned material.

Findlay Napier is one of the most highly regarded performers and creative forces on the Scottish music scene – thoroughly active and a truly energised with a heart warming zing.