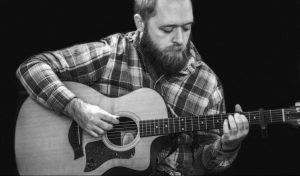 Tim Jones is one of the most distinctive voices on the English folk scene. Able to alternate between mass singalongs and powerful stripped back ballads, his songwriting and delivery of traditional material has been likened to that of Peter Bellamy, Nic Jones and Fairport Convention.

“An albyum that fully deserves as much attention from the new generation of the trad folk fraternity as anything by Seth Lakeman, Eliza Carthy and their like.” – FATEA