Tilly Moses is a singer/songwriter and mandolin player, whose carefully crafted songs address subjects as diverse as climate change, gender inequality, disability ethics, love, and leaving home. While paying homage to tradition, her music pushes the boundaries of folk to create an exciting new sound, and her songs are delivered with an extraordinarily powerful, passionate vocal style, and a colourful stage presence.

After the enormous critical success of her first album in 2017, Tilly is back this year with a brand new album and national tour!

‘Tilly possesses an uncanny ability to communicate her messages and narratives with total conviction and an immediacy and intellectual as well as emotional depth.’
– FATEA Magazine 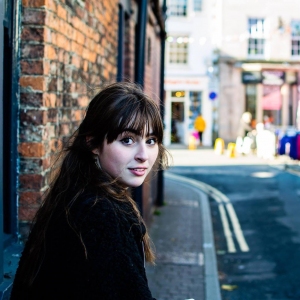 Fawn is the pet project of transatlantic singer-songwriter Ilana Zsigmond.

Her vocally driven performances and swift, introspective songwriting has made her a staple in the York music scene, supporting the likes of Katie Von Schleicher, Siobhan Wilson, The Howl and the Hum, and Amy May Ellis.

Her first EP Homebody is an acoustic exploration of the relationships between family, home and self, influenced by her complex struggles with belonging and national identity.