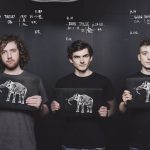 Winners of the Scots Trad Awards ‘Up and Coming Act of the Year 2014’, Elephant Sessions create a progressive blend of intricate tunes, engulfing guitars, monstrous bass and pounding drums. Combining the very best of trad, funk, and electronica, their music is relentless and visceral, resulting in a truly unique sound amongst the current traditional music scene. Already renowned for their breath taking live shows that have taken the festival scene by storm, the band cemented their position amongst Scotland’s finest bands with the release of their critically acclaimed debut album, ‘The Elusive Highland Beauty’. 2016 started with a sold out Celtic Connections show and festival bookings spanning both Europe and the UK.

This year also brings the recording of the band’s highly anticipated 2nd album, already touted as being one of the hottest releases of 2017. Set for release in January, the album raises the standard higher still with a thicker, even more potent and progressive sound and style, guaranteed to set the 2017 festival circuit ablaze! Do not miss this band. 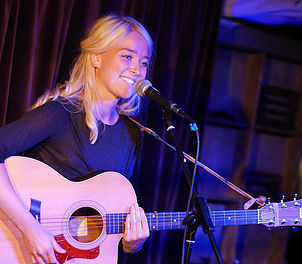 Kitty Macfarlane is a Somerset-based singer and songwriter.   Her lyrics combine honest snapshots of everyday humanity with the bigger questions that have connected minds and voices for centuries, driven by her own fingerpicked guitar.

“This young Somerset-based singer-songwriter’s blessed with a strong identity: a confident singing voice and a compelling writing style deriving inspiration from growing up in the south-west, allied to a talent for finding wider significance in everyday experiences. An outstanding debut”​    – fRoots