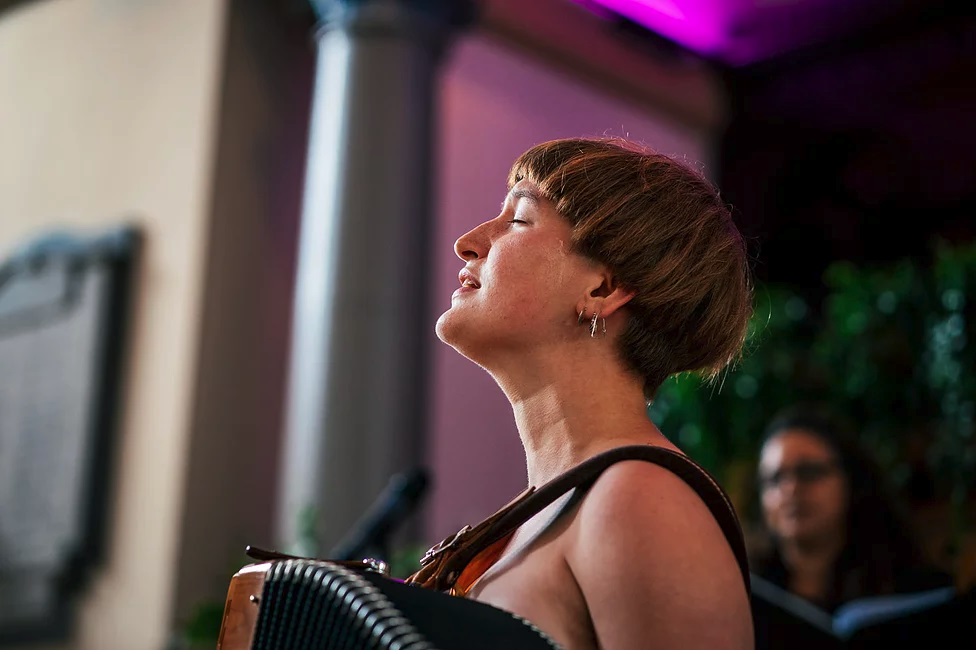 Sophie Crawford is a North London based folk singer offering fresh and exciting interpretations of traditional songs accompanying herself on accordion, dulcimer and ukulele.

Sophie released her debut album ‘Silver Pin’ in November 2018 with cellist and composer Oliver Coates. She is recording her second album with the PRAH foundation in 2019. She was a 2016 New Roots finalist and tours regularly around the country.

Live in the Library – Pizza night!

e5 Roasthouse are open every Friday evening with free live music from Poplar Union! Using the in-house wood-fire pizza oven, they’ll be serving up a selection of freshly made sourdough pizzas from 6pm, including vegetarian and vegan options, and craft beer and wine. Menu