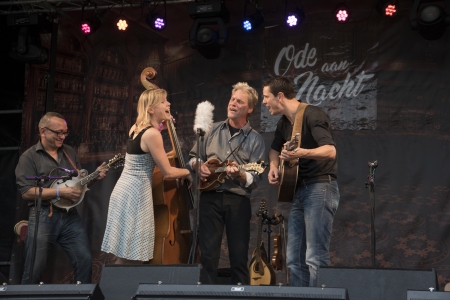 Red Herring is knee deep in the roots tradition, firmly rooted in modern times. Whether it’s Folk, bluegrass, country or americana, the Herrings are equally at home with all these roots styles. They will break the house down, tell musical tales of murder and adultery, will baffle with virtuoso playing and intense vocal harmonies, and might even bring a tear to the eye.

What started out as a duo between Arthur Deighton (Deighton Family Band, Kids on the Mountain) and Joram Peeters (Meilof, Throat Wobbler Mangrove) in 2012 soon became a trio when they asked Loes van Schaijk (Waterflow, Lucy and The Man) to play bass as a guest musician on their first studio album The Mountain Valley Sessions (2013). By the time they released their second album Live at Volver (2014), they had already upgraded from a Fiat Punto to a Renault Kangoo to fit all the musicians and their instruments in when going to a gig. Imagine their astonishment when in 2015 they found out they could fit a fourth multi-instrumentalist in that car. Paul van Vlodrop, who has shared the stage with musicians such as Byron Berline, Bill Keith, and Vince Gill, completes the outfit. 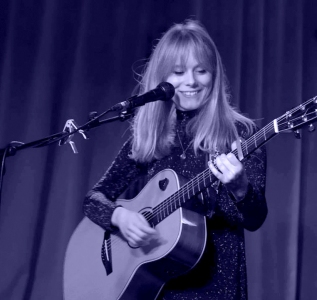 Lucy Kitt has been songwriting and performing under the radar for many years. Like discovering a ‘hidden gem’, her solo performances have captured the hearts of fans far and wide, and her talent cannot fail to go unnoticed by all who hear her music. Lucy’s unique sound has been described as warm, earthy, and mellow, as well as being greatly influenced by the sound of LA’s Laurel Canyon in the 1970’s.