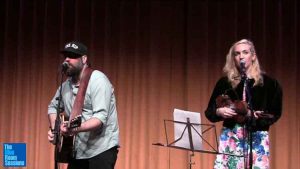 Dennis Ellsworth makes no secret that his songs are characterised by a kind of dark optimism that is informed by early influences such as Roy Orbison, Kris Kristofferson and Neil Diamond (he recalls singing “Forever In Blue Jeans” in front of the mirror while brushing his teeth as a child!).


Ellsworth and Dowling, from Prince Edward Island, Canada have been playing live as a duo worked together for the last seven years, earlier the duo recorded their first album. 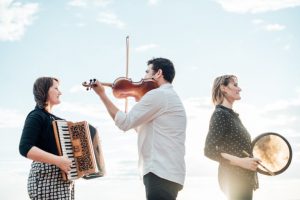 For over a decade, the Acadian trio Vishtèn has dazzled audiences with its fiery blend of traditional French songs and original instrumentals that fuse Celtic and Acadian genres with a modern rock sensibility and indie-folk influences. Lauded as “traditional but fiercely up-to-the- moment” (Penguin Eggs), this band from Canada’s east coast has been recognized as an ambassador of Francophone culture around the world.

The trio comprises multi-instrumentalists Emmanuelle and Pastelle LeBlanc from the Evangeline Region of Prince Edward Island, and Magdalen Islands’ native, Pascal Miousse. Cradled in the Gulf of Saint Lawrence, in the North Atlantic Ocean, Prince Edward Island is home to a small but thriving a Francophone Acadian community with a rich tradition of song and instrumental music. Nearby, the even smaller archipelago of the Magdalen Islands (les Îles de la Madeleine) is predominantly Francophone, recognized for its distinctive French dialect, songs and unique fiddling style. All three members of Vishtèn were raised in homes in which traditional music, percussive dance and kitchen parties were part of everyday life. Together, they pay homage to their traditions and to the historic and strong musical connections between their two island Acadian communities. 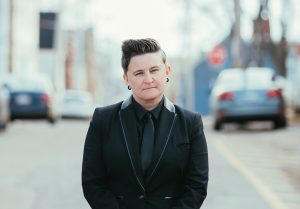 True power inspires awe, and Irish Mythen packs a lot of it – lyrical, musical, and personal – into a relatively small frame.


Mythen is a globetrotting troubadour – an Irish-born, contemporary Canadian folk artist who’s been amassing accolades and achievements across several continents over the years. Her presence and charisma simply command attention, and regardless of where she takes the stage, she delivers a sonic and emotional experience that transcends language and location; that reaches the very core of what connects us. It’s an experience that, in recent years, has earned her spots performing alongside Rod Stewart, Gordon Lightfoot, and Lucinda Williams and billings on major festival stages the world over.