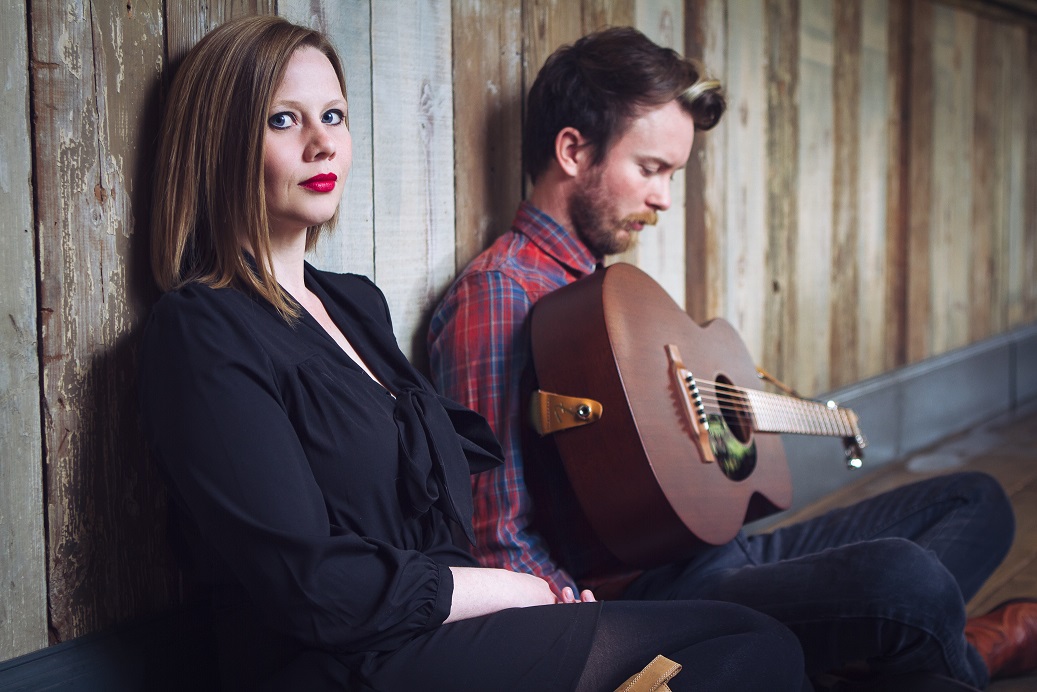 ‘A force in the folk revival’

‘The most original duo on the British folk scene.’

Four times nominated in the BBC Radio 2 Folk Awards and double winners of the Spiral Earth Awards Megson draw heavily on their Teesside heritage to create a truly unique brand of folk music.

The husband & wife duo bring an infectious mix of heavenly vocals, lush harmonies and driving rhythmic guitars. Comprising Debs Hanna (Vocals, Whistle, Piano Accordion) and Stu Hanna (Guitar, Mandola, Banjo) Megson have gained fame on the British folk scene, not only for their arresting & intelligent songwriting, but for their exquisite musicianship and northern humour. As fRoots Magazine puts it ‘if you don’t like the music here then you have a problem’

Summer 2016 saw the release of their much anticipated new studio album GOOD TIMES WILL COME AGAIN gaining them much critical acclaim. “One of the most original political folk sets of the year. Ewan MacColl would have been impressed.” said The Guardian. “Relevant, thought-provoking songs that would make Woody Guthrie proud” said Acoustic Magazine. While folk broadcasting legend Mike Harding described it as “One of the top albums of 2016.”.

And during all this time, Stu even managed to be involved with other artists producing & recording award winning music for SHOW OF HANDS, KELLY OLIVER, LUCY WARD, FAUSTUS, THE WILLOWS, SAM KELLY & THE YOUNG’UNS.