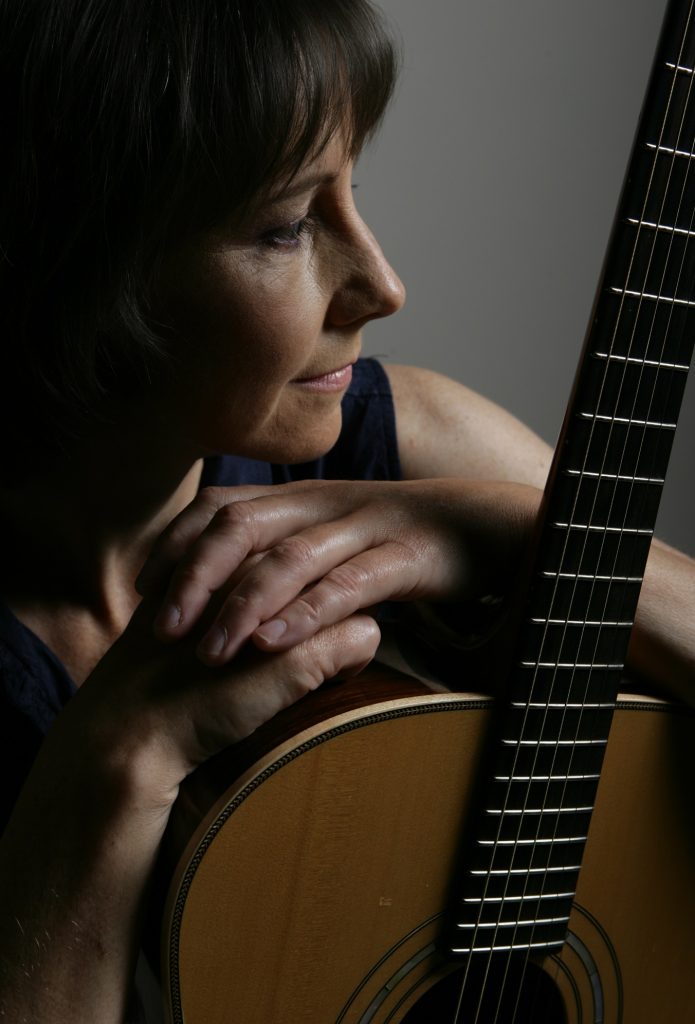 Liz Simcock is one of the country’s finest female singer songwriters. Her songs – often autobiographical and highly personal – are immediately accessible to audiences and injected with poetry, emotion and splashes of humour. In 1999 she featured on the Playpen Album of New Acoustic Music alongside Eliza Carthy, Billy Bragg, Eddi Reader and Kathryn Williams. Since then she has trodden an independent path, gaining a growing reputation as a performer and songwriter. Liz counts Richard Thompson, Clive Gregson, Boo Hewerdine and Joni Mitchell amongst her songwriting influences. Liz has made five albums. Friday Night Train Home, released in 2013, featured the virtuoso backing of Dave Ellis and Boo Howard. In 2015 and 2017 Liz toured with Clive Gregson performing songs from the Gregson & Collister back catalogue and promoting an album of brand new Gregson songs. As always though, Liz’s main focus is on her own songwriting and live performances. 2020 brings the release of her fifth album Winter Hill, a pared down acoustic album featuring one voice, one guitar and a handful of beautifully crafted and previously unreleased songs.

Acoustic Routes: Liz Simcock is one of the finest singer/songwriters around. With a strong, expressive voice and high quality songs her music is fresh, original and very entertaining www.acousticroutes.co.uk

Clive Gregson: Liz Simcock did a great job opening for me at Hitchin. She has a fine album available so check it out. www.clivegregson.com

Hitchin Folk Club: Liz is a great songwriter and gorgeous singer with a relaxed and very endearing stage presence. We have seen her grow from strength to strength as a performer, and now stand easily alongside any of the female singer/songwriters working on the acoustic/folk music scene.www.hitchinfolkclub.org.uk

Hailing from the west coast of Scotland, Mike Nisbet is an exciting Singer/Songwriter mastering stripped back folk, blues and Americana inspired stories to melt your heart. Mike provides resplendently vivid imagery, entangled with ravishing guitar lines that ensure the man as an honest, connected, and powerful performer. A medicine you want to soak into at home with a large libation and a weighty spirit.