Little Gidding perform a mixture of their own interpretations of traditional songs and tunes from the British Isles and further afield alongside their own compositions. 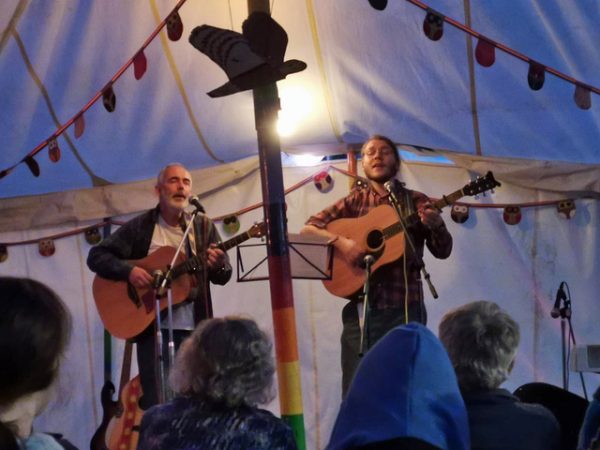 With support from Richard Hawkins and Gabriel Hawkins-Pottier, father and son performing together as a duo for the first time. Richard has played a number of Folk on Monday gigs over the last few years, including a sold-out double bill downstairs at the Green Note last February. His son Gabriel has grown up listening to and playing folk music. Expect some intricate guitar arrangements, strong harmonies, powerful stories and that special vibe when family members sing together.