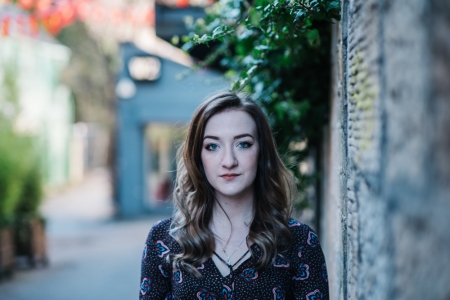 Aberdeenshire folksinger Iona Fyfe has become one of Scotland’s finest young ballad singers, rooted deeply in the singing traditions of the North East of Scotland. At twenty-one years old, Iona has established a strong voicing of place in her repertoire and was titled Scots Singer of the Year at the MG ALBA Scots Trad Music Awards 2018. A finalist in the BBC Radio Scotland Young Traditional Musician of the Year, Iona has been described as “one of the best that Scotland has to offer.” (Global-Music.de) and was the winner of the Molloy Award at The Trip to Birmingham Irish Trad Fest 2017.

Iona’s voice has been described “a testament to the strength, endurance and adaptability of the tradition.” (FolkWords). The North East singer was nominated for “One to Watch” and “Best Live Performance” at the Sunday Herald Scottish Culture Awards. In 2018, Iona performed at Interceltique Festival De Lorient were where she was described as “a Scottish folksinger, magical and charismatic” (Rolling Stone, France)

Iona’s debut album Away From My Window was held to critical acclaim and received nationwide airplay on programmes such as BBC Radio 2 The Folk Show with Mark Radcliffe, BBC Radio Scotland’s Travelling Folk, Take The Floor and BBC Radio Nan Gaidheal. An exploration of her unique style and songwriting voice, Away From My Window features archive material of singers such as Stanley Robertson and Lizzie Higgins whilst drawing on the work of more recent songmakers such as Michael Marra and Aidan Moffat (Arab Strap). Produced by Jani Lang, of Dallahan, Away From My Window features a stellar folk line-up of musicians such as Luc McNally (Dosca), Tim Edey (Tim Edey Trio), Charlie Grey (Charlie Grey and Joseph Peach), Simon Gall (Salsa Celtica), David Foley (RURA), Graham Rorie (Gnoss), Charlie Stewart, and Ross Miller.

“Away From My Window” was premiered at a sold out Celtic Connections performance featuring a larger musical ensemble and live on-stage sampling of source singers. 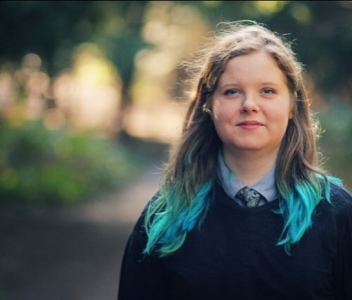 Elisabeth Flett is a Scottish multi-instrumentalist and theatre-maker who has performed with groups such as sea shanty band The Mead Men and folk trio Three’s a Crowd (Cambridge Folk Festival Hub Band 2013), supported bands such as Breabach (Letham Nights, 2013) and won the 2015 Cecil Sharp House Fiddle Championship. Since graduating from the Guildhall School of Music and Drama in 2017 Elisabeth has performed both as a solo artist and as a member of several ensembles such as folk trio Solasta, (Guardian Folk Album of the Month September 2018), folk duo Shamblestone (BBC Radio 2 Young Folk Awards Semi-Finalists 2017), LGBTQ collective Bogha-Frois, female artist “supergroup” The HEARD Collective and medieval folk ensemble Joglaresa.