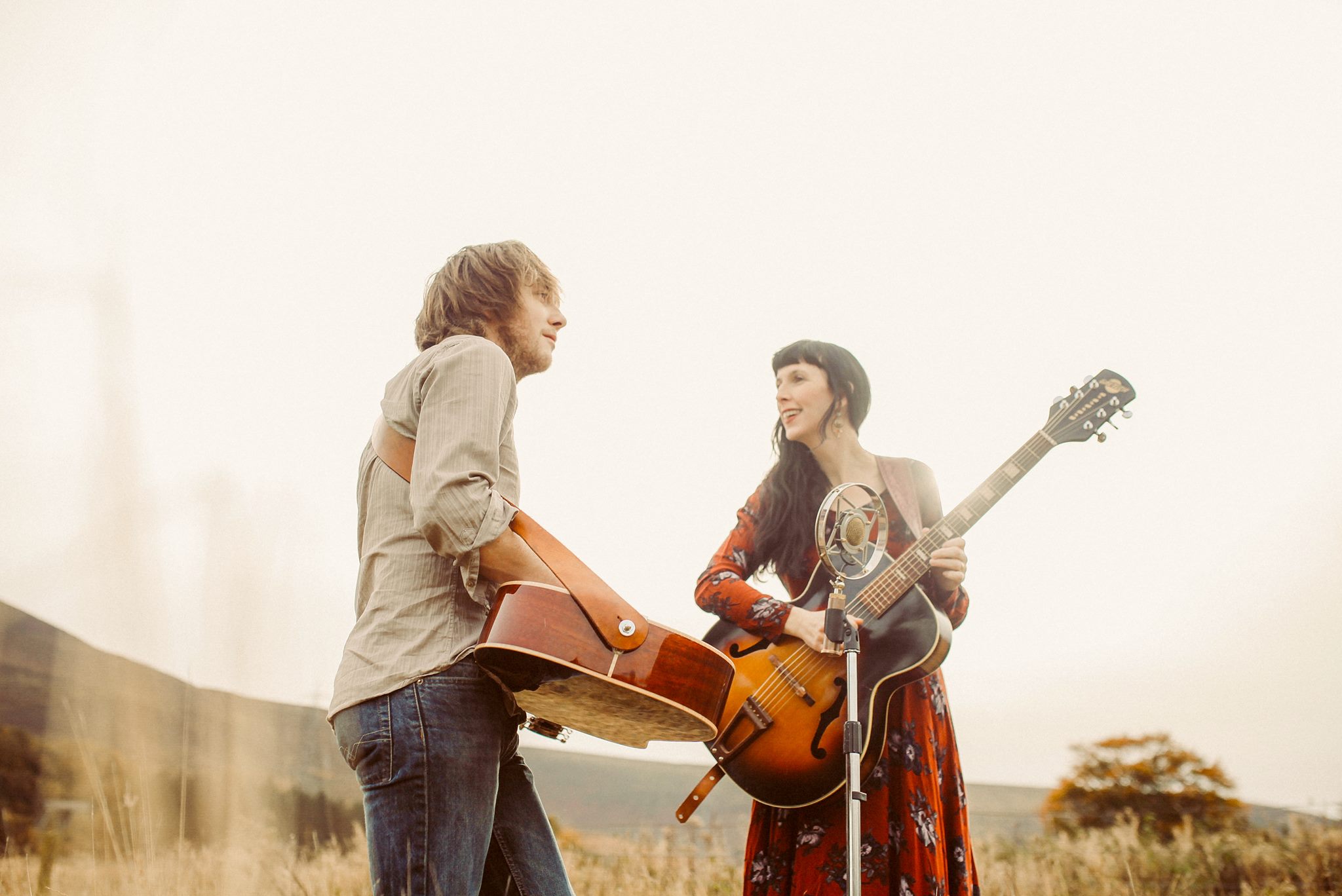 “Beautiful voice breathes new life into traditional material from both sides of the pond.” Maverick Magazine

“Blessed with a peerlessly pure voice… Catch her while you can!” The Express

Huddled round a single microphone, singing intimate duets with just mountain dulcimer, dobro and guitar Hannah Sanders & Ben Savage are a folk duo that look & sound classically timeless, yet feel refreshingly unique. Fleetingly, they may evoke a memory of Gram & Emmylou, Shirley & Davey, or Gillian & David but their warm distilling of influences from both sides of the big pond produces a refined sound that is decidedly their own. Both hailing from folk singing families in the flatlands of East Anglia, Hannah spent much of her formative years touring Europe with her family band in a converted school bus, singing folk songs acapella in the street in order to make enough money to move to the next city. However,a sea change and relocation to the US saw her soak up the influences from the American North East and take up the dulcimer. Meanwhile Ben was writing and touring with celebrated UK folk band The Willows whose albums Beneath Our Humble Soil and Amidst Fiery Skies were championed by the likes of the BBC’s Bob Harris and Mike Harding.

Within weeks of moving back to the UK, Hannah braved her first time out solo at The Black Fen Folk Club, Cambridge and as fate would have it, Ben had just returned from tour. Ben went on to produce Hannah’s solo debut Charms Against Sorrow, released in early 2015 to critical acclaim.