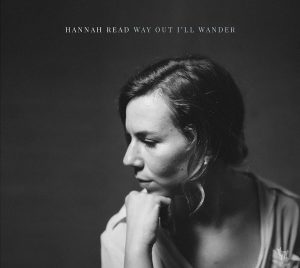 ‘Way Out I’ll Wander’ was produced in New Hampshire and upstate New York by Charlie Van Kirk and features a cast of musicians including Jefferson Hamer (Anais Mitchell), Jeff Picker and Sarah Jarosz.

The recordings capture Read’s formidable songwriting in intimate arrangements which reflect her background in traditional Scottish and English folk while also calling to mind the ice-cool delivery of Mary Lorson or Nina Nastasia. The songs set characters in a finely-drawn geography of wooded slopes and crisp, clean air – city lights flickering on the horizon – to explore time and place from Hannah’s migrant perspective.

She has performed throughout the USA, UK, Canada and Europe with her own self-titled project, as well as with the likes of Julie Fowlis and Grammy Award-winning Sarah Jarosz. In 2017 – as part of the Songs of Separation project alongside Eliza Carthy and Karine Polwart – Hannah won a BBC Folk Award for Best Album.

‘One of the finest singers of our day’ – MOJO