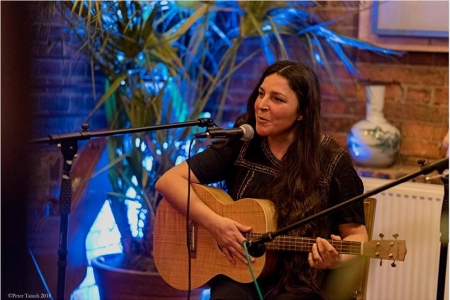 Gemma Khawaja is a singer & guitarist from the Midlands, now based in North Norfolk, playing and singing traditional songs of the British Isles and creating her own songs inspired by rural poets, mythology and folklore. Gemma’s arrangements of traditional songs emphasise the universal stories and themes found in folk traditions and sensitively draw out the richness and beauty of the old melodies. 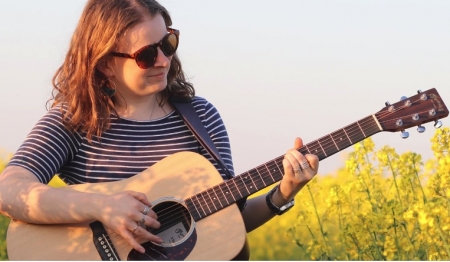 Lizzy Hardingham plays a vibrant mix of traditional, original and contemporary music. Her delicate and interesting guitar parts mingle with her powerful yet pure voice to tell a story. Lizzy has won the Herts Songwriting, Milkmaid Folk Club Songwriting and Watford Folk Song competitions and was a 2018 finalist in New Roots Lizzy, proving herself to be a talented songwriter, giving significance to stories old and new. Having supported acts such as Lady Maisery, Dovetail Trio and Bob Fox is “a rising star on the folk scene not to be missed” (Kimpton Folk Events).