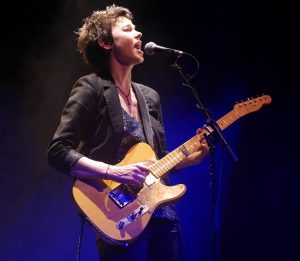 “Exquisite” “A class act” “A true artist” “Music for the soul”

A classically-trained multi-instrumentalist with five albums and two books to her name, Emily Maguire is truly “a talent to be reckoned with” (RnR Magazine), her strong, thought-provoking lyrics, supremely expressive vocals and stunning live performances winning her fans across the globe.

After living in a recycled shack in the Australian bush where she made her first two albums, Emily returned to the UK to tour with American legend Don McLean and make her third album Believer, a ‘masterpiece’ according to Maverick Magazine, with two singles playlisted on Radio 2.

Her much-anticipated fourth album, Bird Inside A Cage, released in 2013, was a bold departure from her previous recordings, while still retaining all the underlying trademarks of her emotive, lyric-rich songs.

As an advocate for mental health, Emily has been featured several times on Radio 4 including Woman’s Hour, Loose Ends and Midweek, where she was interviewed by Libby Purves talking about her book Start Over Again, a deeply personal account of her experiences of living with bipolar disorder.

After 2 years out of action, Emily published a new book Notes From The North Pole and in 2017 released her hauntingly beautiful fifth album A Bit Of Blue to critical acclaim. 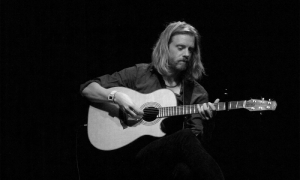 ‘Hailed by Total Guitar magazine as one of ‘the best acoustic guitarists in the world right now’, and with a passion for traditional tunes, BBC Folk Award winner Ben Walker plays them like no-one else. Reviewers have described his work as ‘thoughtful’ (Guardian), ‘deft’ (Telegraph) and even ‘legendary’ (Morning Star).  This is a rare opportunity to hear new material get its first London airing.’