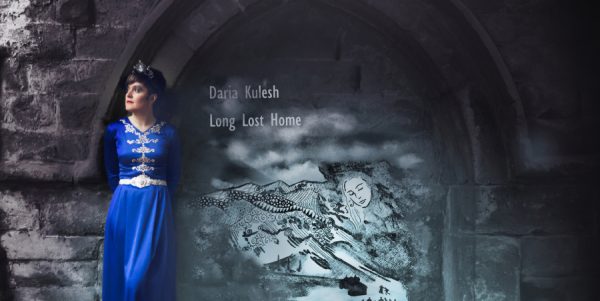 With her striking voice and strong Russian and Ingush heritage, “bold, exotic, impressive” Daria Kulesh is a rising star and a unique character on the UK folk scene. Her debut album Eternal Child was described as “phenomenal” and named Runner-Up in “Best Album of 2015 from a Female Artist” by FolkWords, among numerous other accolades.

Her 2017 album Long Lost Home has won awards in the UK and in Russia, including Laurel Canyon Music’s Album of the Year. It has enjoyed national radio play and incredible reviews calling it a “triumph”, a “masterpiece” and “a definite contender for the best album of 2017”. Mike Harding praised the The Moon and the Pilot as “one of the most beautiful new songs of the last ten years”.