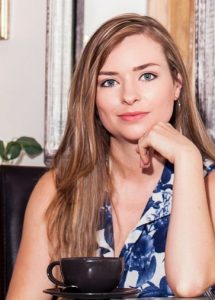 Claire Hastings is a folksinger/songwriter based in Glasgow. Since winning BBC Radio Scotland’s Young Traditional Musician of the Year in 2015, Claire’s career has gone from strength to strength. Performance highlights include singing with Lulu, Jamie Cullum, and Deacon Blue at BBC Music Day, and taking centre stage for BBC Proms in the Park with the Scottish Symphony Orchestra.

An honours graduate of the Scottish Music degree at the Royal Conservatoire of Scotland, Claire specialized in Scots Song with expert tuition from Gordeanna McCulloch (The Clutha) and Rod Paterson (Jock Tamson’s Bairns). Since graduating in 2011, Claire has travelled the world with her ukulele and has featured in many festival line ups and on stages at home and abroad.

‘Between River and Railway’, Claire’s debut solo album, was released in 2016 to critical acclaim:

Touches the soul, and lifts the heart – FOLK RADIO UK