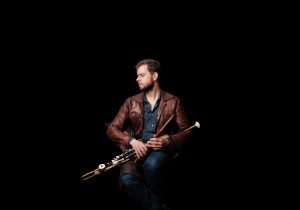 “An astounding Uilleann Piper … Music that runs as pure as a Highland stream.”
ACOUSTIC Magazine.

A leading Uilleann Piper, Calum Stewart’s powerful and lyrical playing style is rooted in the traditional music of his native northern Scotland. His distinct musical voice has been developed through collaborations within the Scottish, Irish and Breton traditions.

“Hits you right between the eyes. Outstanding”
The Living Tradition.

Allison Sleator is a contemporary and folk singer. She has performed and collaborated with legendary figures such as Ireland’s well-known producer, composer and renowned bouzouki player, Donal Lunny, founder of historic bands such as Moving Hearts, Planxty and The Bothy Band and member of Irish fusion band Kila, singer songwriter Declan O’Rourke and world renowned Irish band The Chieftains, among others.