Green Note, Camden
Monday 19th July
Doors 7:00pm, Live Music 8:30pm
Tickets £12 Advance
Please note that we will not be selling tickets on the door for this concert. All tickets must be purchased in advance

Ben Walker was recently hailed as one of ‘the best acoustic guitarists in the world right now’ by Total Guitar magazine and ‘a great guitarist, composer and producer’ by Mark Radcliffe on the Radio 2 Folk Show.

Born in Worcestershire and trained in classical guitar from a young age, now a BBC Folk Award winner with more than seventy records under his belt as a producer and player, Ben Walker’s signature style has been sought out from punk to Proms, from Rough Trade to the Royal Shakespeare Company. He has built a reputation among his peers for fusing tradition and innovation and for playing like no-one else.

His personal passion is for linking the past, present and future. His series of instrumental EPs exploring the music of the eighteenth century are characteristically charming. His reimagining of John Dowland’s Lachrimae Pavane for the electric guitar found a central role in the RSC’s Venice Preserv’d.

Reviews of his 2018 solo album ‘Echo’ remarked on ‘hauntology reminiscent of Gavin Bryars’ (The Guardian) and ‘a profound statement connecting past and present’ (fRoots).

While Ben’s warm, whimsical and virtuosic solo guitar performances regularly delight folk audiences in the UK and further afield, his studio work and his collaborations with the finest of UK folk music enchant and intrigue in equal measure. 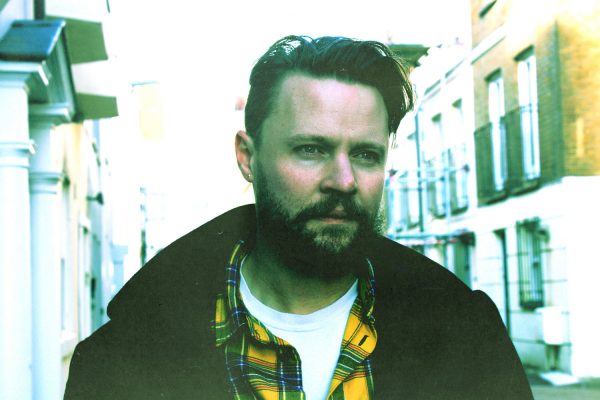 An acoustic bass guitar may not seem like an obvious choice as an accompaniment instrument, but Thom Ashworth shows that that 4 strings are enough to delve into the canon of British folk music.

This selection of luminaries doesn’t tell the whole story though – from the sparse lament of The City and The Tower to his muscular arrangement of High Germany, Thom’s inventive musicality and powerful tenor voice shine through. Live highlights to date include performances at Cambridge Folk Festival, Sidmouth Folk Week, and Shambala, and sharing stages with Lankum, Stick In The Wheel, Kris Drever, and Chris Wood.

Thom’s EDFSS funded debut album ‘Head Canon’ (2019) runs the gamut from the Fairport-esque folk rock of Ratcliffe Highway to his stripped bare a capella rendition of MacColl’s radio ballad Exile. It’s a tour de force by an exciting new artist on the British folk scene, showcasing Thom’s unique approach to bass playing, giving the instrument a chance to shine on its own and as part of an ensemble.

Thom Ashworth is in the vanguard of a new generation of protest singers. Folk Radio UK