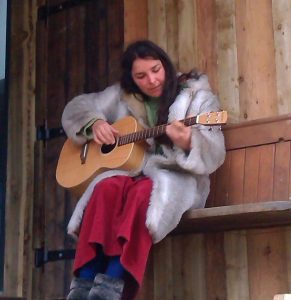 Gemma Khawaja is a singer/guitarist from the Midlands (now based in Norfolk) performing traditional songs of the British Isles & creating songs inspired by folkloric customs, folk poesy & poetry.

She enjoys the stories & themes found in traditional songs & ballads. and the richness & beauty of the melodies and the journey each song takes you on.

She is also the 2013 winner of Islington Folk Club’s Trad2Mad competition. 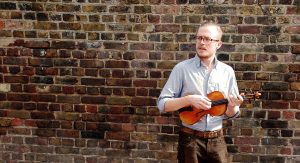 Immersed in the folk scene from an early age, Ben is well-versed in the folk traditions of England, and of his home county of Devon. As a solo performer, Ben reworks and reimagines these traditional forms for a contemporary audience to speak to our modern society.

Singing both traditional songs still relevant to our lives and original songs written to address the challenges we face in our society today, Ben accompanies himself on the fiddle, the melodeon, concertina and bouzouki.