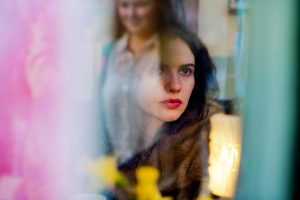 Lila Tristram’s songs are delicate and compelling. Addressing themes of humanity, femininity, nature and politics, her style makes use of rich chords as a platform for her warm and sensitive voice.

Her love of the 70s folk revival movement is clearly present in her music, and she is often compared to the likes of Nick Drake and Joni Mitchell as well as contemporary songwriters such as Bon Iver and Aldous Harding.